On Inspections Tour in USA

The Performance Shagya-Arabian Registry (PShR) held last year’s inspection early October at the Stafford Farm in Pleasant Plains, Illinois. Altogether seven horses, mares and geldings, were registered. The inspection included a veterinary examination, an exterior judgement, then free jumping, rideability test and interior test.
The farm is located near to Springfield, the state capital of Illinois. Springfield is a famous historical place in the U.S., as the city is known as the home of Abraham Lincoln. Since the schedule wasn’t too busy, we even had the opportunity to visit the very informative Abraham Lincoln Presidential Museum.

For the veterinary examination, all horses lined up and all went through the proper tests by Dr. Scott Austin of the University of Illinois. Most of the exams were on Saturday with the exterior judgement in the morning and the rideability test and the free jumping in the afternoon. The test rider was Martha Rattner, the 2015 Horseperson of the Year in the U.S. Inspection judges were Marie Johnson, “R” Judge for USDF and Judit Erzsébet Kovács, the registrar of the “Society of the Hungarian Arabian Horse Breeders” (MALE).
The horses were well prepared for the tests. They were very attentive to their handlers and did a good job during the in-hand showing. It was obvious to see that they were mostly ridden in endurance riding, but they also showed diligent cooperation in free jumping and in the rideability exercises. The tests were judged mostly within the category ‘good’ and all horses passed the inspection.
The side-program included presentations for both evenings: the first evening Judit Kovács gave a short summary on the history of the Shagya-Arabians and on the following day Dr. Olivia Rudolphi and Martha Rattner gave a talk on the events and their experiences at the Young Riders Endurance World Championships in Verona, Italy. Thereafter, as a surprise, the guests were offered Hungarian dishes at the Breeders’ Evening.

As a part of education on the breed, PShR also organized a learner-judge course parallel to the inspection, in which three enthusiastic learner-judges took part: Lucy Stafford, Sherry Aune and Alex Uspenski. Before the Inspection, a large booklet was prepared so that the Learner Judges would be familiar with Inspection procedures and scoring.
The next day, the Interior Test was held. The PShR had already included this test into the program of the previous inspections according to the recommendations of the ISG. Accordingly, a beautiful obstacle course was built with a pallet, cordon line, some umbrellas, a drum, with some contact obstacles and even a pool with water (which was optional). The horses performed the course mostly calm, with trust towards their handlers. Throughout the weekend, time was allowed for educational discussion and questions from the participants. The Learner Judges were very enthusiastic about the opportunity to learn from the experienced staff of judges available.

Shagya-Arabians are known as elegant riding horses with endurance and good rideability. In the US they prove that with their results: the Shagya Sporthorse mare Lily Creek Rhythm received the special award for a lifetime performance of 1600 distance miles (2575 km). Owner and rider of this high-performing mare is Sherry Aune. The PShR recognizes Shagya Sporthorses (must be 25% Shagya-Arabian) in order to help promote and educate people on the benefits of the Shagya-Arabian. Another outstanding sport achievement was recognized for the Shagya-Arabian gelding SA Te Jat. This horse, owned by Chris and Marty Power, has already made more than 3000 miles (4830 km) in endurance riding competition.
The most beautiful of these performances was to see that both horses were in a good physical condition as well as in good temperament. For me, this was a sign of species-appropriate horse treatment and usage, on which the Members of the PShR attach great importance. Performance testing is emphasized in the goals of the PShR – thus, the horses have a chance to show their genetic potential, including the geldings and sporthorse outcrosses.
After lunch, the participants left for home with their horses – since they all arrived to the inspection from a greater distance, as far away as six hours of driving. It was a thoroughly prepared and excellently organized inspection where all the Team Members of the PShR did their best. I had the impression that the Shagya-Arabians and the Shagya sporthorses in the U.S. have a good and well deserved reputation.
Judit Erzsébet Kovács 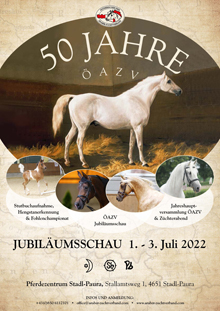 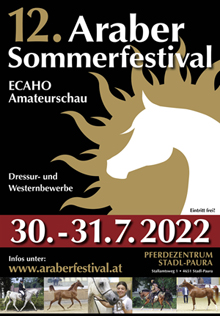