The cancellation of the All Nations Cup (ANC) came as a bit of a surprise for some, but less so for others. The reason that the corona situation is still incalculable and the financial risk is too great is probably only half the story – but that’s not the point here.
I see the cancellation of this show as a chance that the VZAP will finally get out of this over-the-top show scene – or rather “showbiz scene” – forever! -, and I am talking primarily about the A and title shows here. A scene that has little support from the breeders – because only a handful of horses from German exhibitors have competed at the ANC in recent years. A scene that is more than questionable from an animal welfare point of view – and unworthy of a breeders association. A scene that hangs on the money from the Arab countries – where “baksheesh” and taking advantage are the order of the day. A scene that causes scandals – which are then swept under the carpet as quickly as possible. A scene that benefits a few, especially the trainers and dealers – but which damages breeding, the reputation of the breed and above all the horses.
But I hear the mantra again that the association needs the ANC for (financial) survival. The general assembly has already given the order several times to develop a “scenario” without the ANC. Most of the time, the counter-argument was the high personnel costs, which could not be paid without the income from the ANC. Recently, however, two employees have left the association at their own request, which – without the organization of the ANC and with decreasing membership numbers and foal births – can then be dispensed with. So before new employees are hired, an alternative without ANC should be considered. And that must be done now – because now would be the opportunity!
For far too long the “little breeder” suffered from the fact that the “show scene” ruined the breed’s reputation. The image of the completely panicked, crazy, uncontrollable Arabian horse has its origin in these “shows”, where it is more important that horses with a lot of rearing and jumping around “put on a show” instead of trotting properly in order to be properly judged. Where horses are shown only in tiny “circles” and hardly any horse can (or is allowed to) trot a length of the arena without dropping out. Where it is not uncommon for abused stallions to be aggressive towards their handler or where judges and ring stewards are run over in panic. One can really only be glad that there have been only a few serious accidents so far.
It would therefore be time for the VZAP to say goodbye to this type of “showbiz scene”. And if they do it right, the VZAP could even become the spearhead against this rampant “showbiz scene”, it could make itself the advocate of the horses and the leader in dealing with them in accordance with animal welfare. Then the VZAP would certainly have the majority of breeders on his side.
Gudrun Waiditschka 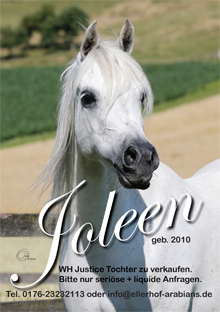 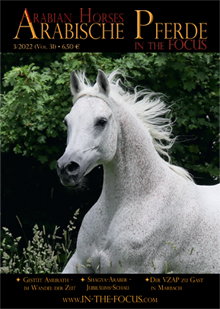 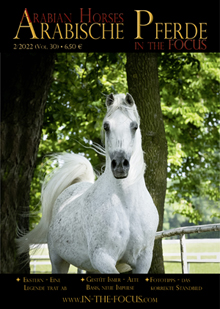 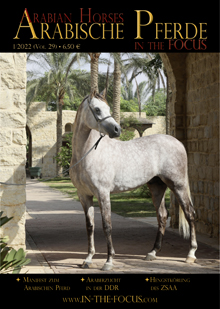